Have You Ever Literally Died Laughing?

“Literally” is one of the many words in English that can have different meanings depending on how, when, and where they are used. In everyday, spoken English, it can have two meanings. In formal and academic English, it has only one, and it means the opposite of what many people mean in everyday language.

Confusing? Yes, it can be. Let’s clear things up. 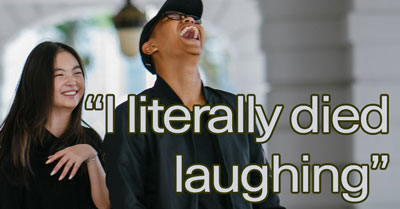 Meanings of Literally and Figuratively

In formal and academic English, the literal meaning of a word is its true or usual meaning. For example, if you say, “People were crushed,”

Here’s where it can get confusing because, in spoken English, someone might be using “literally” with opposite meanings.

Examples of “literally” as an intensifier

In the following statements, you would be hard pressed to interpret “literally” literally rather than as really, actually, or absolutely.

These sentences could be rephrased to remove “literally as an intensifier,” which can be frowned upon; however, in some cases, you might lose the essence (or flavor) of the original statement. In spoken language, sometimes the message trumps any grammar and style considerations. Ain’t that right?

No. Using “literally” as an intensifier is inappropriate in formal, academic writing.

Literally can only be used in formal or academic writing non‑metaphorically to mean “in the strict sense,” “word for word,” or “in effect, virtually.” It is the opposite of “figuratively” or “metaphorically.”

Formal writing tends to have a neutral, objective tone, so you should stay away from overly emphatic statements. When would you ever want to write, “A recent study literally dove headfirst into the issue,” anyway? (In academic writing, literally never.)

In addition, ideas expressed in formal writing must be straightforward and unambiguous. Your readers should not have to figure out whether you are using “literally” to mean literally or as an intensifier.