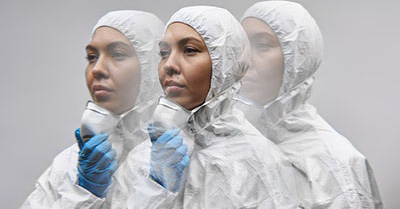 Image by Michelangelo Buonarroti from Pexels

In a previous lesson, you saw the regular plurals of nouns in English. You also saw words that change how you pronounce and spell the ending.

In this lesson, we will see irregular plural forms.

It is difficult to tell when a word has an irregular plural. The best way to learn them is to memorize the singular and plural forms together.

Let’s look at the irregular plural of common words.

Review: Change in Pronunciation in the Irregular Spelling

For nouns ending in F or FE, there are three ways to make the plural.

1. The F or FE changes to -ve before adding -s, so there is a change pronunciation of the ending.

2. However, you just add -s to the end of some words, so the plural is completely regular.

3. Some nouns have both forms.

For more examples of this type of plurals, see the lesson on regular plurals.

No Change in the Plural

Some words do not change in the singular and plural.

one craft - many craft

one aircraft - many aircraft

one deer - many deer

one fish - many fish

one moose - many moose

one sheep - many sheep

one shrimp - many shrimp

one species - many species

one salmon - many salmon

one series - many series

Some words do not end in -s or -es in the plural form.

one child - many children

one foot - many feet

one goose - many geese

one man - many men

one ox - many oxen

one man - many men

one mouse - many mice

one tooth - many teeth

Words formed using one of the above words keep the irregular plural.

one policeman - many policemen

one policewoman - many policewomen

Many words in English come from other languages (e.g., Latin, Greek, French). Many of such borrowed words kept the plural forms from the original language.

Singular -on or -umbecomes a

Singular -is becomes -es (pronounced as the “ees” in “fees”)