Verb Be in the Present: Conjugation and Common Uses 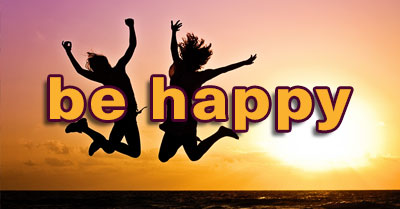 A can be a person, animal, thing, or idea.

B can be anything that is connected to A (for example, a noun, adjective, place, and so on).

In this lesson, let’s learn about “to be” in the present tense.

Conjugation in the Present Simple Tense

Contractions between is and nouns are common when you speak and sometimes in very informal writing, not in formal writing.

When you contract is and not not, you get isn’t.

When you contract are and not, you get aren’t.

When you contract am and not, you get ain’t, but this word is not accepted in standard grammar. It is considered “bad English,” but many people use it depending on the variety of English they speak. You hear it in music and poetry, but it is not used in standard English.

“To be” connects nouns and pronouns to nouns, adjectives, places, and amounts. For example, you can say the following:

My family is in New York today.

My sisters are on the beach this summer.

We’re on an airplane to California.

Note. Other verbs show amounts, too. For example, “The chocolate costs $3” or “The boxes weigh 10 kg.”

Other uses of be

Impersonal “it” + be + adjective

In English, a verb always has a subject. Where there is no subject, you must use “it” (for example, when you talk about the weather).

Sometimes “it” does not refer to a person or thing. “It” is there to conjugate the verb.

Impersonal “it” + be + prepositional phrase

We use “that” to refer to something that someone just said.

Asking and Answering Questions with Be

To ask a question with “be,” put the verb before the subject. To answer a question, use the correct form of the verb.

Look at the following examples with questions and short answers.

When You Cannot Use Contractions with Be

In the above examples, you see that some contractions with “be” are impossible.

Am and not do not contract. You can say isn’t (is not) and aren’t (are not), but there is no contraction for am not.

Use no contraction with the pronoun when am, is, or are is at the end of the sentence.

For example, you can say,

but you can only say,

Yes, I am. (no contraction)

Compare these answers to “Is John a doctor?”

Yes, he is. (no contraction)

Yes, he is a doctor.

Practice the information on this page so you do not forget it.

Practice 1. Practice conjugating “to be” in the present.

Practice 2. Practice using contractions with “to be” in the present.

Practice 3. Practice building sentences using “to be” in the present.

Practice 4. Practice asking questions and giving short answers using “to be” in the present.

Congratulations on completing this lesson!

Snap Language supporters have made it possible for us to create this material.

Use the buttons below to choose another skill or lesson.

Back to Catalog  Grammar Lessons