Formal and Informal Registers in American Language and Culture 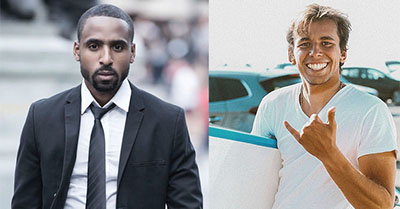 Images by Teddy Joseph and Daria Shevtsova from Pexels

Languages have levels of formality, and English is no different.

You can express the same idea at different levels of formality when you talk to a family member, a friend, or someone you are familiar with as opposed to when you talk to a stranger, someone of a higher status or older than you. You tend to be more informal with people you have a closer relationship with and more formal with strangers or those we have a professional relationship with.

What is considered socially appropriate in one culture may be considered inappropriate in another. That is why, when you learn a foreign language, you should learn not only its grammar and vocabulary but also how to use the language in its social and cultural contexts.

If you are unfamiliar with the language and culture, the social setting and situation, or the people you are talking to, it is better to be formal than to be inappropriately informal. This could prevent embarrassing situations.

In general, if you are informal where you should be formal, people may get offended or think you are rude. On the other hand, if you use formal language in an informal setting, sometimes people will be friendly enough to tell you do not have to be so formal.

Examine the following example dialog between you and someone called John Smith,

This signals to you that you can be more relaxed in that social situation. (However, that does not necessarily mean you can be just as informal with other people in that same situation, just with John Smith. )

If you are unsure about the right level of formality to use, it is better to be formal than inappropriately informal.

Deciding on the Appropriate Level of Formality

You make a social blunder when you do or say something embarrassing or inappropriate for a social situation. Even people who grew up in a culture cannot always tell what level of formality they should use. Well, that is why we make social blunders even in our own culturally familiar environment.

All you can really do is be aware of where you are, know what is appropriate, and hope you do not accidentally put your foot in your mouth.

Here are some tips anyone who may not be familiar with the language and culture, the social setting or situation, or the people you are talking to:

The examples below show how you can express the same idea at different levels of formality. The sentences go from very informal to very formal

When you ask someone to close the door, you could say one of the following sentences:

Many businesses such as grocery stores, clothing stores, or restaurants have a polite but friendly atmosphere. See the examples below.

Let’s say you want a salad at a restaurant.

Instead, you should say

At a clothing store, you want the store clerk to show you a T-shirt.

Instead, you should say

Of course, you could say “please” at the end of both of the above sentences.

Back to Passages   Back to Previous Page