... continued from the previous page.

By definition, the role of prescriptive grammar is simply to establish rules that everyone can follow, particularly in formal language. In reality, though, many prescriptivists go beyond informing users about grammar rules (perhaps in their zeal to preserve “proper language.”)

It can be annoying when prescriptivists come across as language snobs. Unless you are a college professor teaching grammar and writing, it is easy for people to suspect you are correcting people’s informal language rule to “show off” your knowledge or to feel superior to others.

Projecting such a sense of “linguistic superiority” may seem innocuous, but it has social consequences. When prescriptivists deem someone else’s language use “a corruption of the language” or says it makes you sound “uneducated” or, worse yet, “stupid,” they may be using shaming as a tool to encourage people to use standard grammar.

Regardless of the questionable practice of using shaming as an instructional tool, these good intentions can have negative consequences for speakers who do not have the exposure or opportunity to use standard grammar. This type of prescriptivism affects both written and spoken language. In a video about accents and idiolects, Franco discusses the negative effects of discriminating speakers based on the way they sound. The same negative effects occur when speakers feel discriminated against for their grammar. As we saw earlier in the course, this can also lead to linguistic anxiety and hypercorrection.

Perhaps without realizing it or perhaps intentionally, this type of weaponized prescriptivism can be interpreted as a means to use linguistic cues to validate stereotyped against non-prestige groups.

It is possible that many who consider themselves descriptivists are sensitive to how some prescriptivists go about promoting “proper grammar” through shaming and stereotyping. One of the most common responses is to point out that language changes to mean that grammar rules do not keep up with how languages naturally evolve.

One of the problems with the “language changes” argument is that it is presented without context or further explanation. As a result, it is often interpreted as a license for people to speak anyway they want regardless of linguistic register. Besides, the argument misses the real issue, which is the weaponization of standard grammar to put down speakers of certain linguistic groups and to perpetuate stereotypical perceptions the language variety of those groups trigger. This interpretation leads staunch prescriptivists to entrench further in their beliefs. After all, they may feel that they are on a mission to preserve “good language.”

Descriptivism is a tool that linguists use to understand language, including how language changes over time. It is not necessarily a good tool to dispel stereotypical perceptions. If it can be, descriptivists must clarify how because many people are missing the main point.

As pointed out earlier, some prescriptivists may gain a sense of superiority by pointing out how poorly people use the language. Many descriptivists may fall into a similar sort of intellectual snobbery by feuding with anyone who uses standard grammar for the right reason and in the right context. It is as if they have the right approach to language, which “prescriptivists simply cannot understand.” Ironically, when some descriptivists (and linguists) respond to grammar lovers, they too seem to be acting on deeply ingrained stereotypical perceptions of prescriptivists. 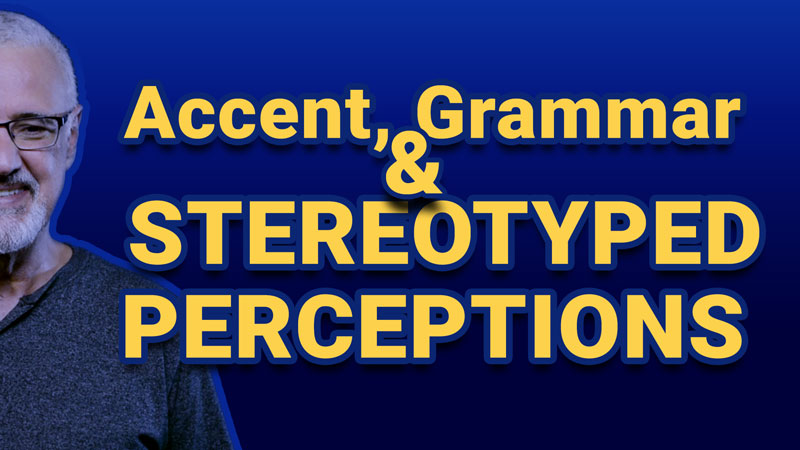 Who is Right, Then?

When linguists write research papers for publication, they use standard grammar and follow very strict formatting and style guidelines. They know that academic English is the appropriate register for an academic paper. They also adjust how they speak to communicate with colleagues, students, family, or close friends. They are professional linguists, not professional descriptivists.

Similarly, grammarians enjoy studying standard grammar. They study formal language use to determine what the standard should be. That does not mean that they go around putting people down for not sharing their passion for the subject. They are professional grammarians, not professional prescriptivists.

Linguists, grammarians, and laypersons all have linguistic biases and have stereotypical perceptions of different language varieties. The important issue that these feuds sometimes lose track of is how people choose to act on their perceptions. Addressing language use and deeply ingrained beliefs should be the real focus of the discussion.

Activity 5: Watch The mythical feud between prescriptivism and descriptivism on YouTube and take good study notes.

Note. The passage on linguistic register cited on this page is available for readers at the basic level and at the intermediate to advanced level