Sentences and Clauses | The Simple Sentence

In its simplest form, a sentence has a subject and a verb, and it makes sense on it own.

Sentences can have other elements attached to them the subject and the verb. For examples, certain verbs require objects, and you can add extra information to nouns (e.g., prepositional phrases).

It rained all day yesterday.

The tree fell across the street.

The child cried to her mother.

John and his friends from college ate pizza during the game last night.

As mentioned earlier, a sentence has a subject and a verb and it makes sense on its own. Analyze the following:

Paula was eating when I arrived.

The above is a sentence with the following basic structure:

The [time] portion can be replaced by a phrase

Paula was eating at 8 o’clock.

Paula was eating before the game.

Paula was eating in the late evening.

The [time] portion can also be replaced by a clause such as “when I arrived,” which has a subject and a verb:

Paula was eating when I arrived.

Paula was eating before the game started.

Paula was eating while we were watching the game.

In a sentence such as “the tree fell,” you have a subject (”the tree”) and a verb (”fell”). It does not need anything else to make sense.

Some verbs, however, require complements. For example, if I say, “I saw,” you will probably ask yourself what I saw. The verb “see” requires an object.

Likewise, if I say “I gave the book,” you wonder to whom I gave the book. The verb “give” requires a direct and an indirect object. The basic structure of the sentence is

I gave the book to Mary.

What if the [something] is “the book I bought yesterday”? The sentence would still have that structure, and this clause would be embedded in it.

I gave the book I bought yesterday to Mary.

And if [to someone] is “the woman I told you about,” you would still have the same structure.

I gave the book I bought yesterday to the woman I told you about.

Why is this important to know?

It is important to understand the basic structure of a simple sentence so you can write a more complex sentence by adding other elements to it.

For example, analyze the following sentence.

Being from a different generation, my grandmother believes that younger generations do not work as hard as people in her generation.

The basic sentence is: [someone] believes [something]

As you can see, you start with a simple independent clause that makes sense by itself. Then you add other parts to it, which makes it more complex even though the basic structure is quite simple. 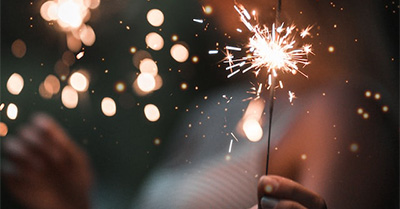 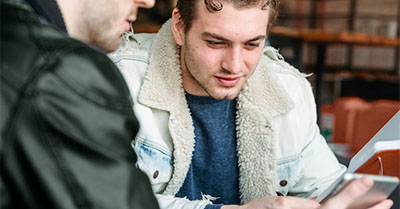 1. Introduction 1 2. Phrases 3. The Verb 4. The Subject 5. Simple, Complex Subject 6. The Simple Sentence (this page)
Back to Catalog  More Grammar Lessons