Prepositions with Days, Months, and Years 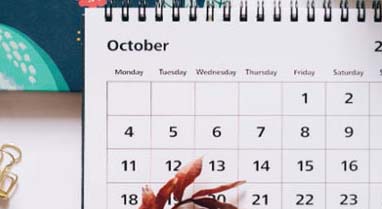 In English, you use certain prepositions to show the day, month, and year (for example, on Tuesday, in January, in 2025).

There is no clear explanation why you use different prepositions, but there are some general rules. The best way to learn which preposition to use is to use them frequently until it becomes natural. 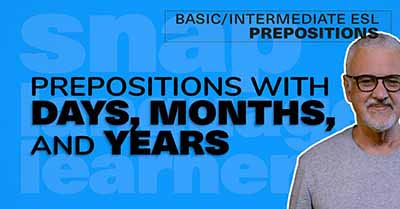 Note. You can read this page first or watch the video before reading. It’s up to you.

Use “On” with Days

To make the day more exact, you can add the month to it. You are still talking about a specific day, so you use the preposition on (for example, on January 1, on September 25, and so on ).

Use “In” with Months and Years

When talking about months, use the preposition in (for example, in January).

(Remember: If you add the day to the month, it is not a month anymore but a day in that month.)

Instructions. Write down the sentences below. Use the correct preposition to complete the blank (___).

When you are ready, click “Check answers” to see the correct answers.