Difference between Other, Another, the Other, Others | Part 2

Expressions Using “Other” or “Another” 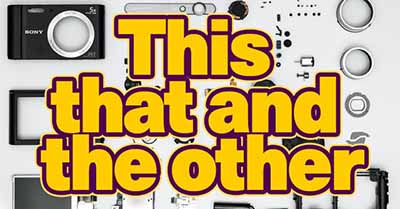 Some expressions in English use “other” or “another” and have a specific meaning. These should be learned as expressions.

Let’s examine some common expressions that people use in everyday conversations.

Each Other and One Another

You use each other to show that the action is mutual or reciprocal. For example, if John sees Mary and Mary sees John, they see each other.

You use one another meaning the same as “each other” when more than two people or things are involved.

In all the above example, you can use each other and one another interchangeably without any differences in meaning.

You use every other to talk about every second item in a sequence or series. For example, if you visit your grandparents every other weekend, you visit them one weekend, skip the next weekend, and so on.

The Other Way Around

— Did you learn French first, then English?

— No, it was the other way around. (I learned English first.)

— In a formal dinner, should you serve salad first and soup after the main entree?

— No, it’s the other way around. You should start with soup.

The Other Night, The Other Day

The other night and the other day means one day (or one night) recently or a short time ago. These expressions must be used in the past.

In some cases, you can also use it with other time expressions such as the other weekend or the other month, but using it with “day” or “night” is more common.

Using “just” emphasizes that the action happened not very long ago.