Pronunciation of Definite and Indefinite Articles in English

In this lesson, you will learn each situation where you pronounce the definite ( “the”) and indefinite articles ( “a” and “an”) diffently.

The pronunciation of the articles in English change depending on where the article appears in the sentence and how you emphasize it. The differences are small, but speakers of English know the differences naturally. 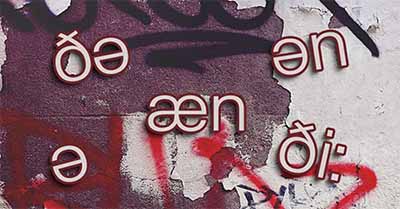 Image by Suzy Hazelwood from Pexels

Pronunciation of the Definite Article “The”

The definite article (“the”) has three different pronunciations.

/ði/ before vowel sounds.
In connected speech, insert a “Y” sound (a /j/ in phonetic transcription) to connect /ði/ and the vowel. See examples under number 2 in the box below.

/ˈðiː/ (with a long /i/ sound) when saying “the” it with emphasis; it does not matter what sound follows it.

1. “The” followed by consonant sounds

Note. The letter “U” is a vowel in spelling but, in the “university,” it is has a consonant in pronunciation. /ju/ has a “Y” sound, which is a consonant.

2. “The” followed by vowel sounds

Note. The letter “H” is a consonant but, in pronunciation, the words “hour” and “honest” start with a vowel sounds because the Hs are not pronounced.

3. Stressing “the” for emphasis

Pronunciation of the Indefinite Articles “A” and “An”

Think of the indefinite article as just the word “a,” but you add an N-sound when the word after it starts with a vowel sound. That sound is also in writing, so “a” becomes “an”.

Pronounce “a” /ˈeɪ/ when you say the word by itself or when you want to emphasize it. Some people also pronounce it /ˈeɪ/ normally.

Pronounce “a” /ˈæn/ when you say the word by itself or when you want to emphasize it. Some people also pronounce it /'æn/ normally, especially if they are speaking slowly and carefully.

“A” followed by consonant sounds

Note. The letter “U” in “university” is a vowel in spelling, but it is as a consonant in pronounciation: /ju/ has a “Y” sound, which is a consonant.

“AN” followed by vowel sounds