Difference between Other, Another, the Other, Others 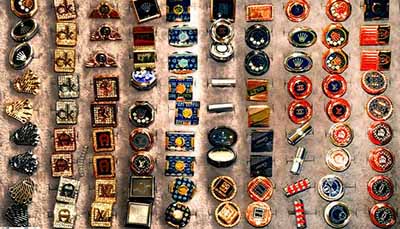 Other, another, the other, and others have different meanings and are used differently in English.

Let’s examine these words and see how they are used depending on where they appear in the sentence.

“Other” as a Determiner

Other means additional , alternative, or different types of something.

“The Other” as Determiners

When you use other before a singular count noun, you usually need to use an article before it. It can also be used to give an additional choice or alternative, usually when there are two alternatives. It can also mean different types of something.

When you use the indefinite article an before other, you write it as one word: another. The meaning is similar to the other, but it means one more or an alternative or an additional.

“Other,” “Another,” and “Others” as Pronouns

When used as pronouns, you can use “other” in the plural form others.

Two or More Choices or Alternatives

When you have many choices, you talk about , another, another, and finally the other. “The other” signals the last alternative or item.

When you have only two choices, you talk about one and the other. Again, “the other” signals the last alternative or item.

Example 3. Trying on T-shirts at a clothing store:

Expressions Using “Other” or “Another”

Continue the lesson to learn expressions in English using “other” or “another.”

Back to Catalog Continue lesson