Can a Sentence be a Paragraph?

See how one-sentence paragraphs are possible.

The 5-Sentence Myth about Paragraphs

If you ask people how many sentences a paragraph needs to have, some will hesitate. They try to remember some rule that they learned somewhere. Others will answer with very specific numbers: “A minimum of three” or “At least 5!” (For some reason, odd numbers come up frequently as if there were some magic powers behind them.) 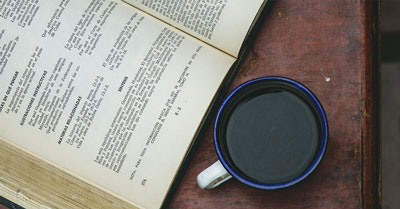 I am unsure why people have this myth that a paragraph must have multiple sentences. They can actually have as few as one sentence.

To have a good paragraph, you must have a topic and something to say about it. Once you know what your topic is and what you want to say about it, you elaborate by explaining, clarifying, describing, illustrating, arguing the point, and so on.

Let’s look at an excerpt of a September 1, 2022, article by Kris Rhim in the New York Times (the number of sentences in parentheses were added for this lesson).

The sisters traveled with their parents from Slovakia to New York — over 4,000 miles — to see their first Grand Slam in person. They had no clue that the Williams sisters would be playing doubles when they bought the ticket for Thursday, and were ecstatic to see them on the schedule. Then, that excitement turned into heartbreak when they realized that they only had tickets to the day session, which did not give them access to the Williams’s doubles match during the night session. (3 sentences)

Still, Renata said being in the U.S. Open environment inspired her, and it’s something she wishes she could have experienced growing up because she would have tried to take tennis much more seriously. (1 sentence)

Even though they didn’t reach their dream of becoming professionals in tennis like the Williams sisters, the Kacalova sisters said their biggest dream now is to bring their children to Grand Slams in the hopes that they become the next great tennis players. (1 sentence)

Online publications often use one- or two-sentence paragraphs because it is easier to read an online document with a lot of white space rather than a block of text.

Then, you may say that, that does not really count. Well, I think it does, but let me give you an example that does not have to be printed online.

A Tribute to John Ecks

John earned a bachelor’s degree in psychology from University of Michigan. He was known among his professors for his intelligence and curiosity. He was active in student life and served as community liaison for two years. He was also active in the university’s soccer team.(4 sentences)

He was married to Ariana Ecks for over 40 years and had two children, Zachary and John Ecks. (1 sentence)

After a short career as a researcher, he got involved in writing. He quickly became a prize-winning novelist and published 45 books during his writing career. He also frequently contributed to the Jackson News. His opinion pieces resonated with people of all political persuasions. (4 sentences)

He will be greatly missed by all whose lives he touched. (1‑sentence concluding paragraph)

As you can see, the above passage has a clear outline where the writer elaborates on distinct topics.

If you examine the one-sentence paragraphs above, you see that the writer chose to keep paragraphs 1, 3, and 5 short. Sometimes one sentence says it all. Do not ruin it because of a myth that you have to have more than one sentence to build a paragraph.

Should Your Start Writing One-Sentence Paragraphs All the Time?

(Basic) What is a paragraph? And how do you write a good paragraph?

(Intermediate) What is a paragraph? And how do you write a good paragraph?