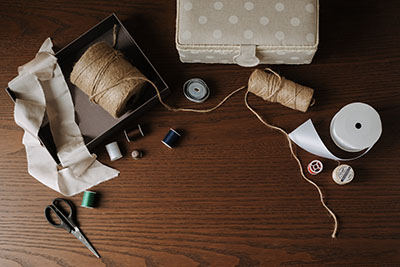 Image by Anete Lusina from Pexels

Nouns are words that name or identify general people, places, things, or ideas. See the examples below.

These are nouns that name people: man, woman, child, teacher, boss, driver, scientist, and so on.

These are nouns that name places: city, country, kitchen, river, lake, school, church, hospital, and so on.

These are nouns that name things: chair, flower, mouse, pencil, photograph, sandwich, and so on.

These are nouns that name ideas: comfort, energy, success, memory, friendship, love, peace, dream, and so on.

Common nouns identify objects in general. When you say “the president of the United States,” the word “president” is a common noun. It does not name a specific president.

When you say “the lake was very cold,” the word “lake” is a common noun. It does not refer to a specific lake; It is just the lake I went to.

In the sentences below, the common nouns are in :

Proper nouns name or identify a unique or specific person, place, or thing.

Why is it important to know the difference between a common and a proper noun? You must capitalize When you write a proper noun, it must be capitalized.

In Sentence 1, the word “president” is used as a common noun, so it is written in lowercase.

In Sentence 2, the word “president” is part of the name of the president; it is his title, so it is used as a proper noun and is capitalized.

In Sentence 3, “apple” is used as a common noun. It is just an apple, so you write it in lowercase.

In Sentence 4, “Apple” is used as a proper noun. It refers to the name of a specific brand of computers, so you must capitalize it.

Example C. Compare how “mountains” is capitalized in these sentences:

In Sentence 5, “mountains” is a common noun, so it is not capitalized.

In Sentence 6, “Mountains” is a proper noun part of the name of the mountains (the Rocky Mountains), so it is capitalized.

Proper noun can be further categorized as names (or proper names), brands, appelations, and nouns of address (job titles and family relationships). Let’s look at definitions and examples of these.

Sometimes you add another words to a person’s name. This is called an appellation.

Similarly, a job title can also be added to the name or used by itself (without the person’s name) to refer to that person.

Appellations and job titles become part of the person’s name, so they are also capitalized. See the examples below.

Nouns can also be categorized into concrete and abstract nouns. See Concrete and Abstract Nouns for more information.